SBB completed its most important project “GIGA Serbia”, which involved the digitization of all the cities in which it provides services, in the year in which it celebrated its 20th anniversary.

The company started digitization in 2017 and invested more than 300 million euros in it. The main part of the project was the closure of analog television, which they originally started with 20 years ago, pointed out the director of the engineering directorate, Tomislav Petrović.

36 cities in Serbia have been digitized, where SBB users have access to the officially fastest internet network in Serbia up to 1Gbps and greater service stability. They have the opportunity to enjoy the most popular TV platform in South East Europe – EONas well as in the digital quality of the image and sound, they state in the announcement.

The first GIGA city was Novi Sad, then Belgrade, while the digitization of Vrnjačka Banja completed the project and officially created GIGA Serbia. During the implementation of the project, more than 500,000 Set Top Boxes were installed.

“Besides improving the television experience and turning off the analog TV signal, we have been increasing internet speeds for users every year. In 2022 alone, we raised up to 50 percent. More than 1,000 employees participated in the project, a large number of people from various sectors that we had to organize. It was not easy, but we completed the project successfully”, explained the director of the technical operations department, Vladimir Radović. 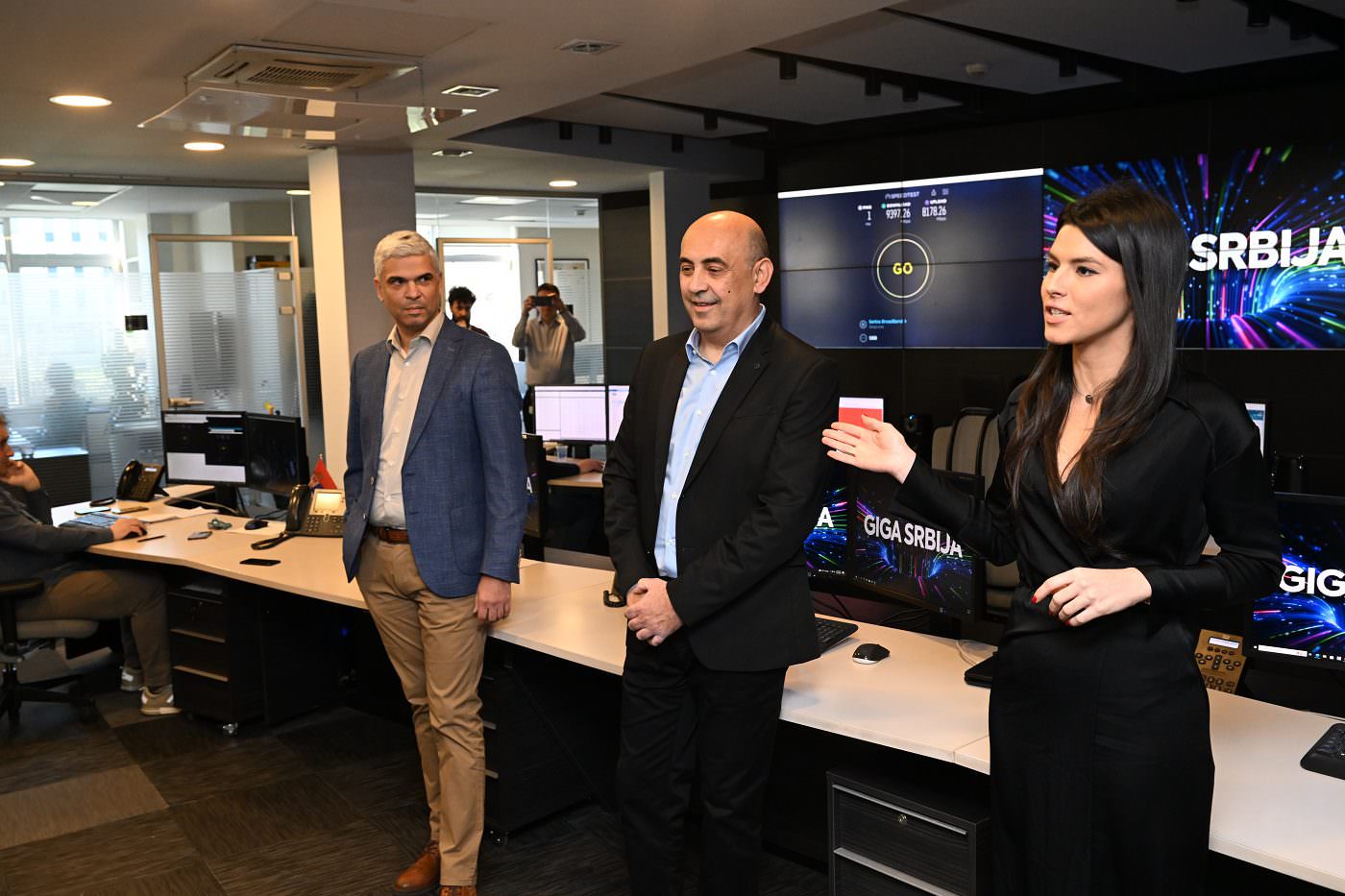 “What is known about SBB is that from the very beginning we pushed the boundaries and brought in new technologies. This is precisely why we are the holders of the prestigious Ookla award for the fastest internet service provider in our country. We will definitely not stop there,” said Tomislav Petrović. 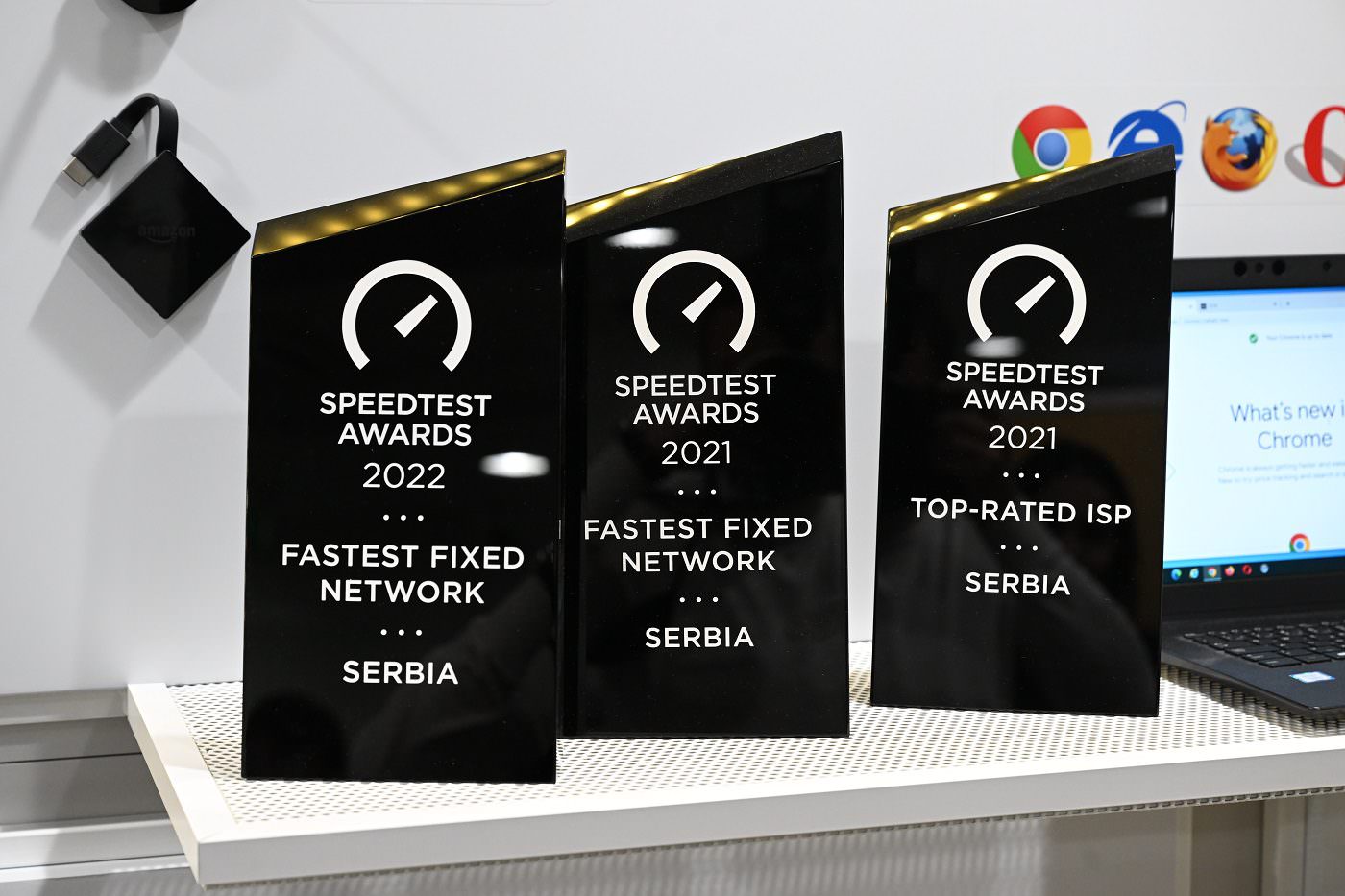 “We are sure that we will continue to develop our services, so that our users can be sure that in the future we will provide the highest quality services,” emphasized Petrović.

The 10 GIGA network is particularly interesting for commercial users and represents a guarantee that it will be ready to respond to all challenges in the future.

“If we look at the past, internet consumption has grown from year to year. We can certainly expect that in the future there will be such trends with the announcement of virtual reality and similar new technologies. It is very likely that this growth will be somewhat faster so that precisely a speed of 10 GIGA will ensure a safe future”, concluded the director of the engineering directorate, Tomislav Petrović.

SBB operates within United Groupwhich has the fastest GIGA network in the entire territory of Southeast Europe, and 10 GIGA speeds are already available in the Group’s countries of operation in the region.

In the last 10 years, SBB has invested more than 500,000 euros in Serbia, in the development of technology. In addition, it has invested in the service, internet networks, as well as in the community and society in which it operates.

We remind you that the SBB company was founded in Kragujevac 20 years ago, when only seven people were employed. Along with the development of the company, the number of employees increased, so now the SBB company has 2,000 employees. During two decades of business in Serbia, it had 24,000 users. It used to provide services in seven cities, and today in 36.

Nowo’s purchase by Vodafone may have “harmful effects”

Protests take place after the release of the Tyre Nichols body cam footage : The…

Being exposed to videos of police killings can lead to symptoms of PTSD : NPR